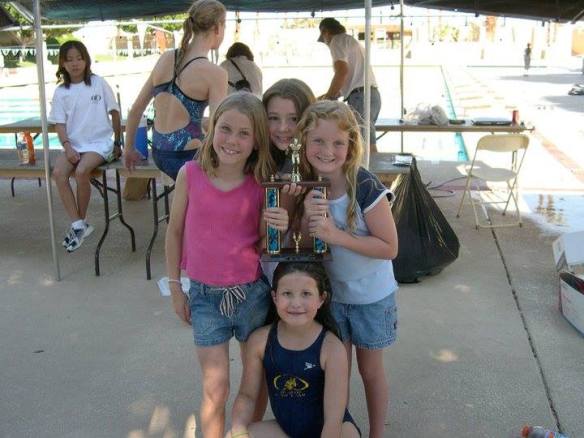 Being a swim mom has been an integral part of my life. I think giving our kids the gift of swimming has benefitted them in so many ways that I can’t count them all. But number one is their love of working out and being physically fit. The gifts I received were countless, too, especially the memories.

Here are my top ten memories that make me love my years of being a swim mom:

ONE
When my daughter’s relay won the 200 medley at CIF and she was anchor.

TWO
At age eight she stopped mid 50 meters freestyle to smile at the head coach. Her regular coach wasn’t at the meet and she was nervous and wanted to impress the head coach.

THREE
When my son took over the annual banquet and emceed “special” awards for the senior group. We parents were rolling on the floor laughing.

FOUR
Watching the kids having fun playing “Catch Phrase” and cards under the pop-up tent at meets. 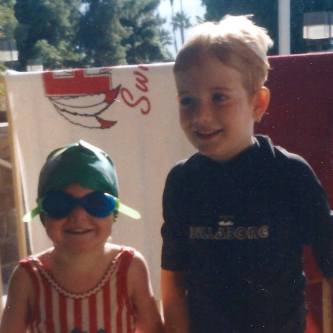 FIVE
When one parent on our team told swim mom Dianne Keaton that she looked just like a famous actress. She said she was Dianne Keaton and he argued with her.

SIX
When my son made an individual cut for junior olympics after trying so hard for so long.

SEVEN
Signing day for my daughter with her two teammates and coaches. 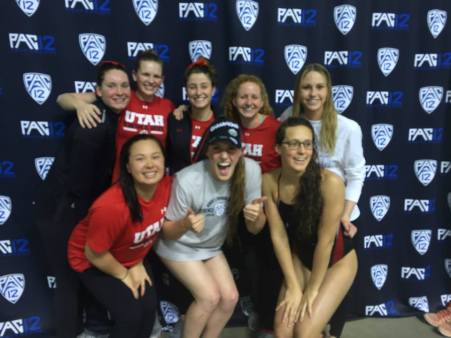 Missy Franklin with my daughter’s class at PAC 12’s.

EIGHT
My daughter’s first college meet where she won her first event, the 1,000 free—and it was against Stanford.

NINE
The first PAC 12 Championship meet where I learned it was cool again to be a crazy parent.

TEN
When both kids received the Coach’s Award not for their talent, but for their effort. 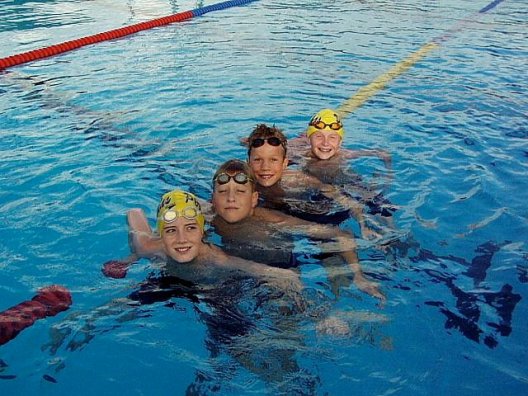 My son with his swim buddies.

What are your favorite memories as a parent?