Free play at the beach.

Parenting has changed through the years. We all know that our childhoods were a lot freer that our kids’ schedules. Well, except for that dang list my mom would leave us. My brother and I were latch-key kids and Mom would write a list of chores on a yellow legal pad. She’d fill up the entire thing, sometimes both sides. Her handwriting was atrocious and it was a chore just to read the list! It was her method of keeping us busy while she was taking classes at the University of Washington. Better than a babysitter, because she’d come home and the house was clean and dinner would be ready!

Social media has altered perceptions of what good parenting is and may play a role in the reduction in the amount of time kids spend just playing, according to a University of Alberta study.

“It has long been known that children today aren’t playing outside as much as they used to, nor are they playing as freely and without supervision as they used to do,” said U of A Ph.D. student Shannon Pynn, who led the study. “We were looking at why this has happened when we realized this idea of free play kept coming up in terms of good parenting.”

Pynn said this “good parenting ideal” refers to how parents understand what’s expected of them from their social network, people in their community and the broader society.

What she wanted to know was how the good parenting ideal changed in relation to active free play and why.

Pynn and her colleagues interviewed 14 sets of parents and grandparents to get a feel for what free play looked like when they were children and parents.

One theme emerging from the interviews was that some parents today parent differently from how they were parented because they are expected to have their kids in structured activities, said Pynn.

“That’s one reason free play isn’t so much of a thing anymore—kids are playing a lot more sports and participating in many more structured activities, so they don’t really have the time to go outside to play anymore.”

Pynn said structure crept into free play because of heightened safety concerns propagated by social media. Because news is so readily accessible, events like child abductions, for instance, are affecting the behavior of parents a world away.

“Social media makes it all feel a little closer to home, when in reality statistics show that kids are actually safer today than they were in the past,” Pynn said. “The safety concerns are not really founded, but they’re heightened because of social media. That didn’t happen in their grandparents’ days.”

As well, Pynn said parents are concerned about being judged on social media platforms or on any number of parenting sites.

There’s a lot more to the article and it’s well worth reading the entire thing.

Looking back, I did most of my parenting without social media. It wasn’t a thing yet. But there still was pressure from our school community to sign our kids up for certain activities. We chose swimming after trying tennis, ballet, golf, tee ball and karate. Both kids like liked swimming and we found a second home at the pool and a whole new set of parents to hang out with.

Swimming does take a lot of time and our days were structured. Before swimming there was more free play time. We have a park nearby and they used to have really awesome equipment, like a stagecoach for the kids to climb on. I’ll never forget the tall scary slide that freaked me out whenever my toddler son would climb to the top. I’m glad my kids got to play in the park before the city replaced the “unsafe” equipment with rubber padded ground and non-slippery slides.

There was also lots of beach time in the summer. The kids would use their imaginations creating kitchens or castles out of sand. Of course, they also fought over sand. Because there’s nothing like your siblings sandpile, right?

Once they were swimmers, we’d have their swim friends over to the house and they’d play like crazy. I remember a game called sardines which is like a reverse hide-and-seek. I loved  the laughter and sorely miss that sound in my empty nest. 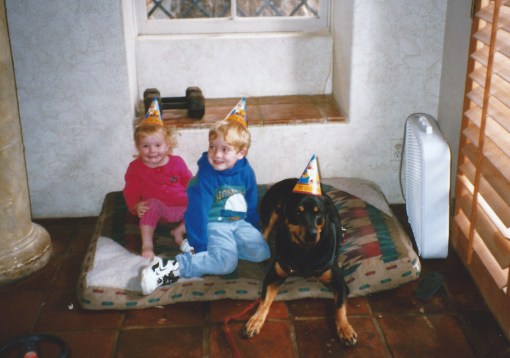 What are your favorite things your kids did in free play before social media told us how to act?