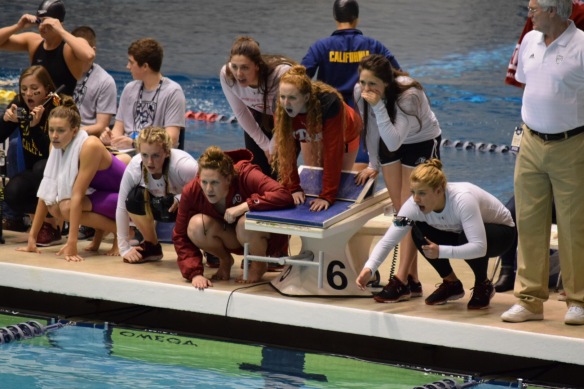 I didn’t realize how lucky our family was. That is until one of my daughter’s former swim coaches sent me the “Odds of a High School Athlete Playing College Sports.” There is so much interesting data in this link, I recommend you explore it thoroughly. Although I keep telling other swim parents that there truly is a college for everyone—the odds are against getting a scholarship. The stats in the chart are about who plays in college–not who gets a scholarship. When you look at the depressing percentages of the number of college athletes versus those who participated in high school, keep in mind that the scholarship numbers are significantly lower than the numbers on the chart.

Our daughter is lucky she got one. However, never once during kindergarten through high school senior year did we put pressure on her to get a scholarship. It was a reward for her consistent hard work and love of swimming—kind of like an extra cherry in your Shirley Temple.

Here’s a chart from the “Odds of a High School Athlete Playing College Sports” link above.

I know a couple kids who wanted to get into a particular school, for example, one applied to New York University—and when she talked to the swim coach—she was “flagged” for admission. It made a statistically tough numbers game to get into a top university more of a sure thing. Lately, NYU has had record-breaking 60,000 applicants annually and offers acceptance to around 18,000. Out of those, less than 6,000 attend. Having a coach on your child’s side can make a difference in getting in.

My son wouldn’t go near a pool when we were doing college tours. He refused to talk to a single coach. Looking back, he said that it was a mistake on his part. Maybe he should have explored swimming and not turned his back on a sport he’d spent 10 plus years pursuing. After getting rejected by eight out of nine schools he applied to, he thinks maybe talking to coaches could have given him more choices. It might have, but we’ll never know.

When my kids were younger, we looked up to this super fast sprinter on our club team. He won CIF and was so much faster than any kid around. Our mouths dropped open when we heard about his college scholarship at Arizona State University. Books. Yes, that was it—books only.

So, what are the odds of getting a scholarship if you’re a swimmer? Let’s look at the numbers for women, which have slightly better odds than men. There are approximately 166,838 high school female swimmers according to statistics from 2015. Of that pool of athletes,13,759 get spots on a college team. The chart below shows that 7.8% of high school swimmers swim at the college level and only 3.1% swim at the NCAA D1 level. That’s the participation rate–and not all athletes get scholarships. So, it’s a fraction of 3.1 percent–in the case of women’s D1 swimming, and even less for men.

“** Do the Math!   NCAA Division I men’s teams have an average roster of 29 swimmers but a limit of 9.9 scholarships to award per team. This means the average award covers only about 1/3 of annual college costs, and this assumes swimming is a fully funded sport at the specific school. Swimming is an equivalency sport for NCAA limits, so partial scholarships can be awarded as long as the combined equivalent awards do not exceed the limit. For example, an NCAA I school can award 21 women swimmers each a 2/3 equivalent scholarship and still meet the limit of 14 per team.”

We need to remember as parents, that putting our child in a certain sport for the hopes of a college scholarship isn’t that smart. They need to be passionate about their activities and spend all those hours and sacrifices because they want it. Not because of a dream we have for them to earn a scholarship. I do know that a lot of my children’s friends and teammates got college scholarships. So, it’s not impossible, but it’s important to put it into a realistic perspective.

What are your thoughts about college athletics and scholarship opportunities? 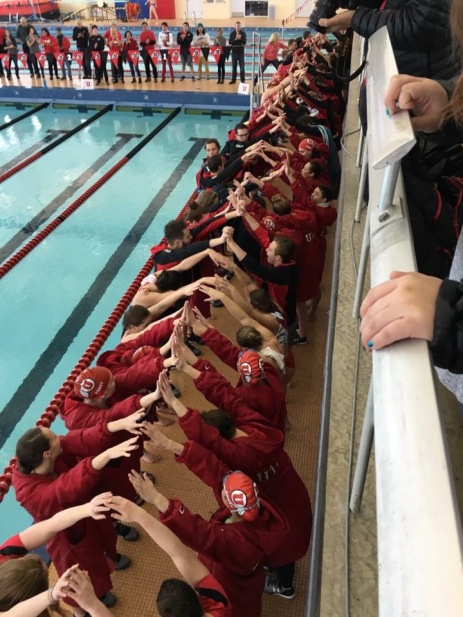 4 thoughts on “What are the odds of an athletic college scholarship?”