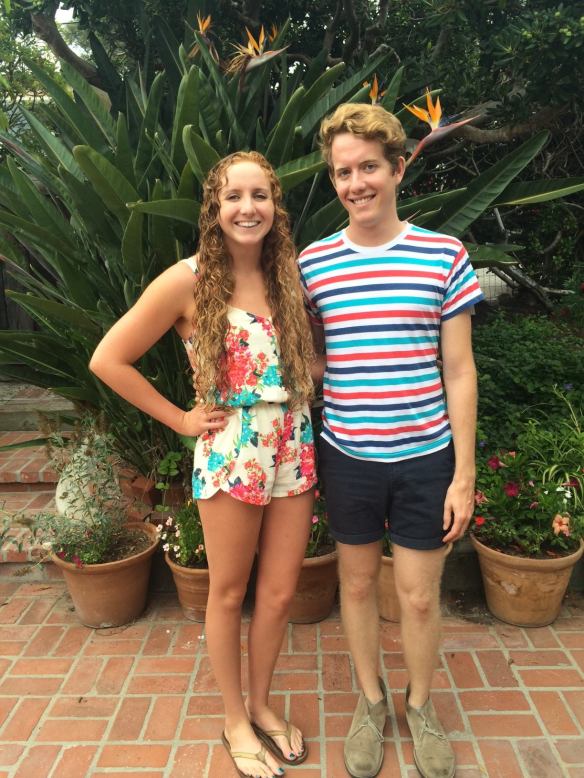 In “How to tell if you’re a Lawnmower Parent and what to do about it,” Sarah Cottrell explains the difference between Helicopter Parents and Lawnmowers. Unlike the hovering helicopters, lawnmowers remove all the obstacles of life thrown in front of their kids. Their kids don’t have to suffer hurt feelings, hard effort or any of life’s disappointments—at least that’s the goal of Lawnmower parents.

I am guilty of being both at different times. I didn’t let my kids fail. I complained to teachers when they got grades that I felt were unfair. I rescued them both with forgotten swim bags, lunches and homework assignments. I’m looking at these things now and wish I could have a “do over” because it’s painful to watch them struggle into “adulting.”

I do believe the one place my kids had to figure things out on their own was in the pool. Their effort was directly related with how well they did. Or, in the case of my son, who had chronic sinus infections and asthma—he learned that sometimes life was not fair. They both learned that you can work really, really hard and you get sick. Or injured. Things in life don’t goes as planned. We really need to let our kids experience life with the highs and lows, success and failures, so they can be competent adults able to fend for themselves.

Here are excerpts from the article written by Cottrell:

Helicopter Parents have reigned supreme in the media these last few years but they’re being replaced by a hyper-concentrated version of themselves with a new moniker: Lawnmower Parents. If you’ve never heard of lawnmower parents, take a seat now because you’re about to have some strong feelings.

Lawnmowers don’t just hover over their kids to make sure that they are safe, they obliterate any whiff of a struggle for their kids by curating every aspect of their childhoods. These parents tend to do extreme things, such as choose their child’s friends, practice “redshirting” to ensure their child’s early academic ease and success, and even jump into arguments on their child’s behalf to prevent their kid from having hurt feelings.

In 2015, a Harris Poll for The JED Foundation, Partnership for Drug-Free Kids and The Jordan Porco Foundation surveyed 1,502 first year college students and found that a staggering 60% of them reported feeling emotionally underprepared for the real world.

“When parents try to remove all obstacles for kids, they are doing them a great disservice,” Samantha Rodman, Ph.D., a clinical psychologist, and author of How to Talk to Your Kids About Your Divorce tells Mashable. “Kids need to learn that they are competent and have agency in the world. If their parents pave the way for them to have an effortless life, then what will they do when an effort is required in adulthood?”

In some ways, I can’t blame parents for feeling compelled to turn to extreme measures. Where keyboard warriors may see arrogance, I see parents who live in pressure cookers to get parenting not just right, but better than everyone else. As a mother of three, I can understand the impulse to create a soft landing for my children when it comes to school, friends, and the world at large, but often that parental impulse blows up in our faces anyway.

“This is all about fear, and worry, and wanting to do our best by our families,” Says KJ Dell’Antonia, author of How to Be a Happier Parent: Raising a Family, Having a Life and Loving (Almost) Every Minute and former lead writer and editor for the Motherlode blog at TheNew York Times. “I’d never call it vanity. I think we’re just afraid that if we do less than the next person, our kids will end up living under a highway somewhere because all the clear paths we used to see to success have been muddied by change, technology, and the economy. Scary times, scared parents.”

She’s right. At a time when technology is moving at warp speed, the kinds of jobs that my kids will soon be training for don’t even exist yet as I type these words. How can I imagine future stability for my kids when I can’t even comprehend the social or economic demands that will be made on them?

Amy Joyce, editor, and writer for the Washington Post’s On Parenting section tells Mashable that the best way for parents to prevent themselves from becoming lawnmower parents is to get out and connect with their communities.

“I love to ask parents of older kids or grown kids what they did in whatever situation it is I’m facing at the moment. I seek out advice and find that helps me bond with people,” Joyce tells Mashable. “The best thing my neighbor with three grown kids has told me is that my kids are going to be okay. No matter the issue, they are who they are and we’ll guide them, but we can’t do everything for them. Hearing that and telling myself that allows me to back off a bit.”

Raising children is tough, but it doesn’t have to be a pressure-cooker of stress to get every aspect just right. While I may secretly want my kid to be the strongest, smartest, kindest, best one out there, the fact is that he won’t understand how he fits in this world if I am interfering. So if you need me, I’ll be standing by and wincing with a knot in my stomach while my kids screw up left and right.

It’s painful to stand by and watch your kids fail. But, let them fail when the stakes aren’t so high. If my son failed a class or two for not getting out of bed on time, or forgetting to turn in homework, I feared he’d never get into college. So what did I do? I woke him up, made sure he had his homework done, etc. He was hugely successful and won all the awards from grade school through high school. But when he did go to college, he failed his freshman year of college at a cost of $30,000. That’s because I failed him as a parent. He wasn’t prepared for the responsibility. It was overwhelming to be in charge of food, transportation, laundry, etc. and school. He looks back on it and believes he wasn’t ready for college. He wasn’t and that was my fault.

What consequences have you let your kids experience while they’re young? Do you fear that by not being perfect they won’t get into the college of their dreams? Do you believe that is one reason why parents resort to becoming Helicopter and Lawnmower parents? 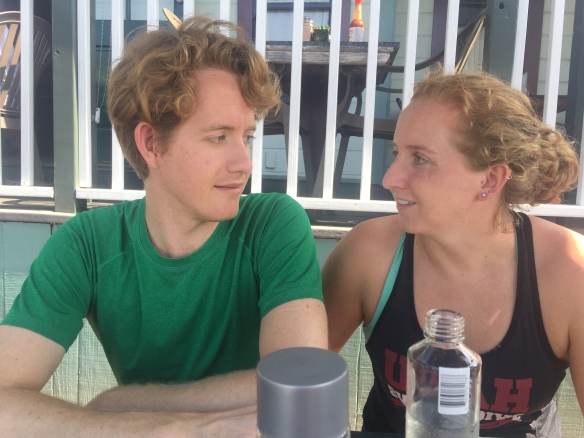